Skip to content
Notice: Beware of Duplicate and Fake websites named "Marugujarat"
Quick Links
My Blog > Exam Schedule > SSC Examination Schedule / Calendar 2016 out
Staff Selection Commission (SSC) has released the Schedules of the examinations which are being conducted by SSC in the year 2016. According to this calendar, the SSC CGL 2016 exam will be held in May 2015 (notification will be out in the second week of February 2016), and SSC CHSL 2016 will be held in the months of September and October 2016 (notification will be out in the first week of July 2016).
SSC Exam Calendar / Schedule 2016 : Click Here 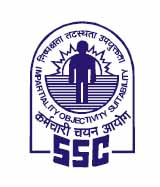